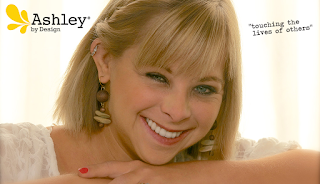 Ashley DeRamus of Hoover, Ala. is a sister, a friend, an entrepreneur, an advocate, a singer, a public speaker, a swimmer, a music video star and a fashion designer. She also has Down syndrome.
In February 2012, Ashley, along with her mother, Connie DeRamus, established The Ashley DeRamus Foundation, an organization founded for and dedicated to the education, advancement and quality of lifestyle for those with Down syndrome. The Ashley DeRamus Foundation works to increase awareness of Down syndrome and enlighten others about the rewards and positive contributions those with Down syndrome make to society.
Ashley launched her own fashion line, “Ashley by Design,” in July 2013 at the National Down Syndrome Congress (NDSC) Annual Convention in Denver, Colo. The line, described as special clothing for special people, is specifically tailored for females with Down syndrome – a perfect fit that is hard to achieve off-the-rack. The clothing, because of its fashion-forward and trendy designs, has been purchased and worn by people of all shapes and sizes and has caught the attention of California Apparel News and fashion magazines and newspapers in London and Paris. Because of her work with Ashley by Design, Ashley was also named one of the “6 Entrepreneurs with Down Syndrome Who Are Inspiring the World” by Disney’s Babble in August 2013.

-We now have over 70 listings in 25 states and 1 Province and we're growing constantly.... 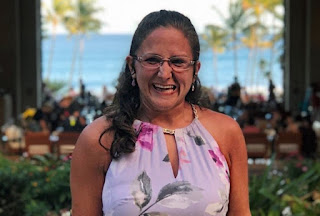